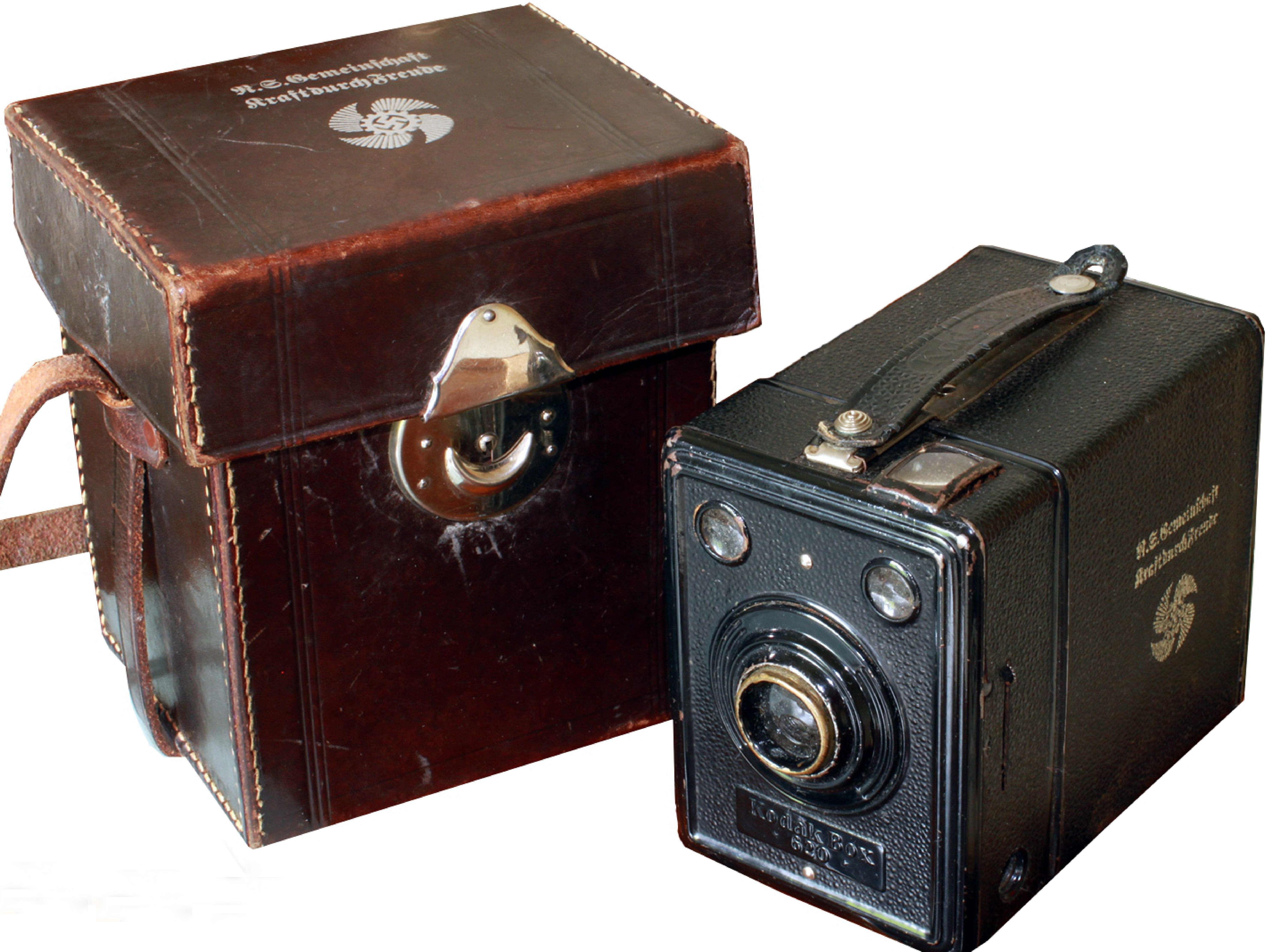 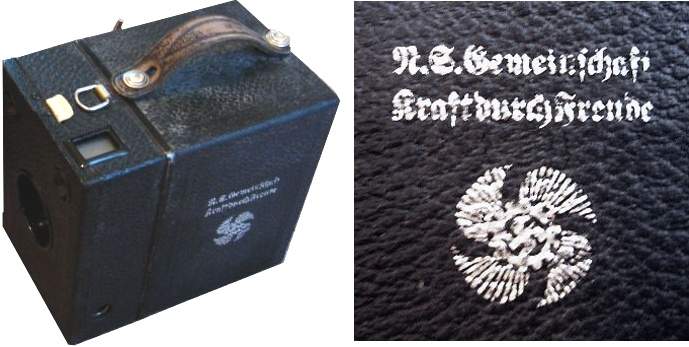 A similar emblem was also known on a Zeiss Ikon Box Tengor 54/2
produced in 1928-1934
Kraft durch Freude (Strength through Joy, KdF) was a large state-controlled leisure organization in Nazi Germany. It was a part of the German Labour Front (Deutsche Arbeitsfront, DAF), the national German labour organization at that time. Set up as a tool to promote the advantages of National Socialism to the people, it soon became the world’s largest tourism operator of the 1930s. 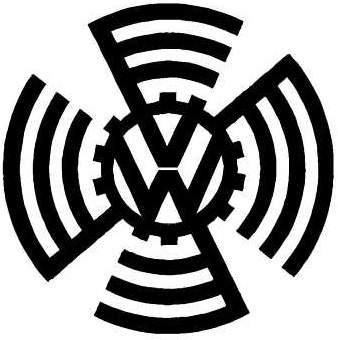 KdF was supposed to bridge the class divide by making middle-class leisure activities available to the masses. This was underscored by having cruises with passengers of mixed classes and having them, regardless of social status, draw lots for allocation of cabins.
Another less ideological goal was to boost the German economy by stimulating the tourist industry out of its slump from the 1920s. It was quite successful up until the outbreak of World War II. By 1934, over two million Germans had participated on a KdF trip; by 1939 the reported numbers lay around 25 million people.

The organization essentially collapsed in 1939, and several projects, such as the massive Prora holiday resort, were never completed.
carrying case of the Zeiss Ikon Box Tengor 54 / 2 has a label stating “property of N.S.G.(nationalsozialistische Gemeinschaft)
Kraft durch Freude, MS Robert Ley. 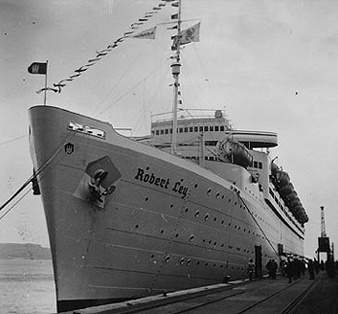 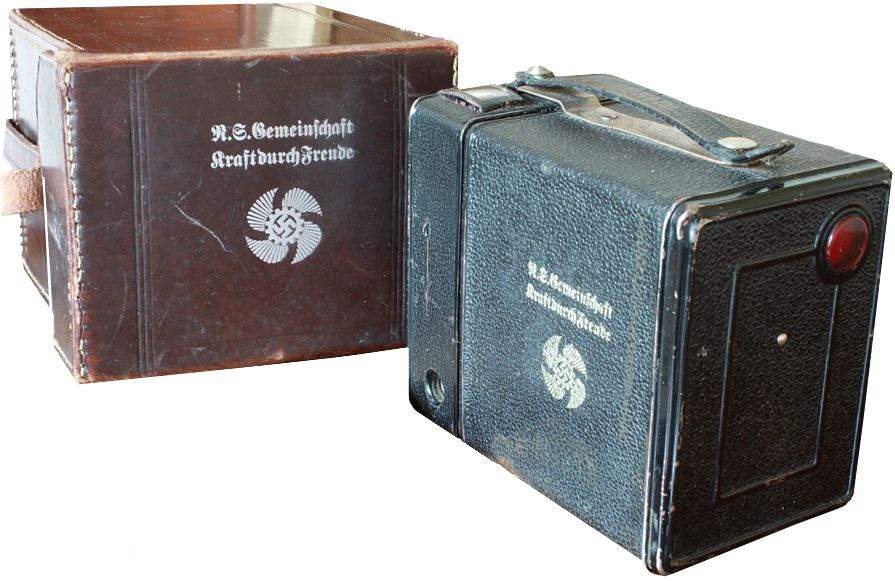 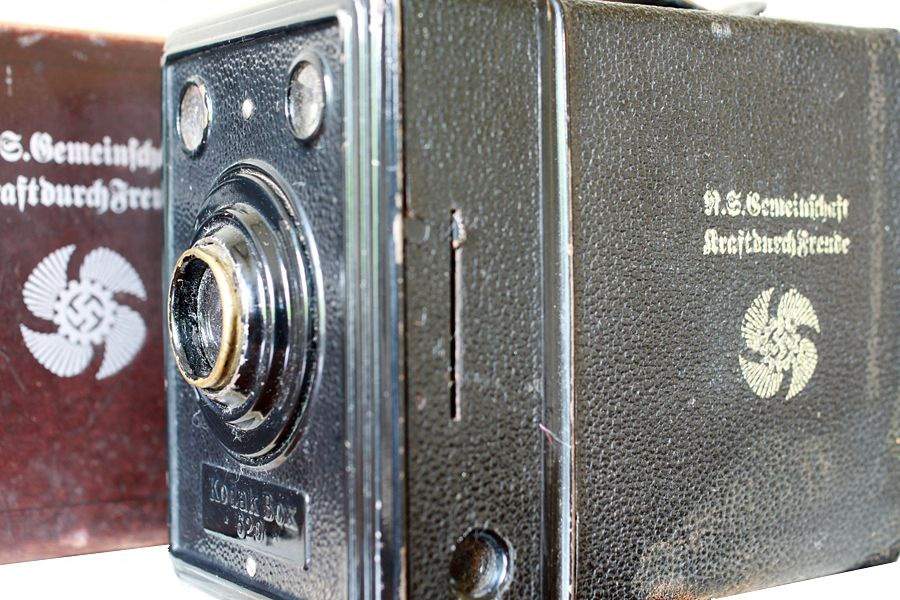