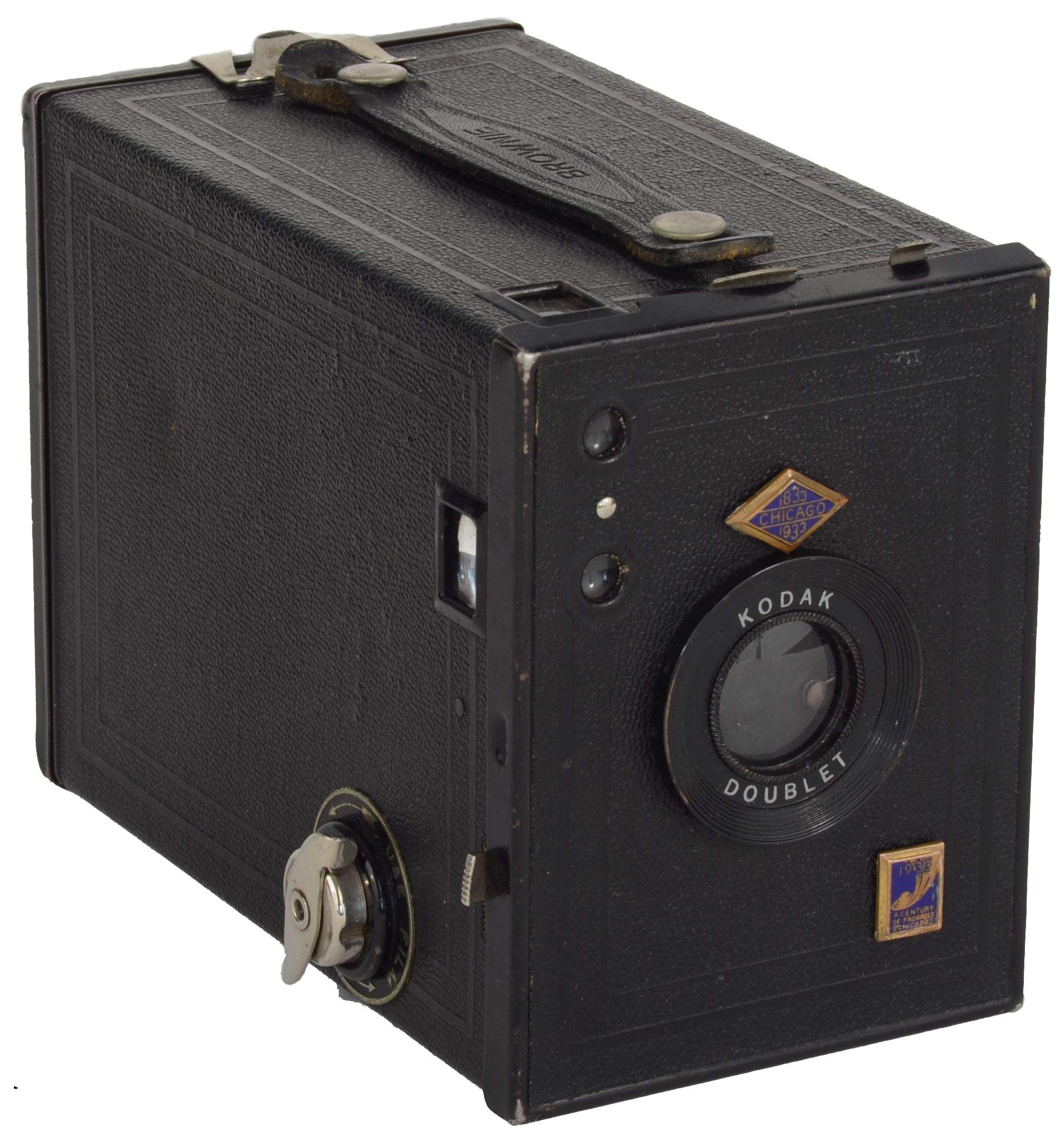 MANUFACTURER: Eastman Kodak Company
PLACE MANUFACTURED: US, NY, Rochester.
INTRODUCTION DATE: Nov. 1933
PRODUCTION DATES: Nov. 1933-Feb. 1934
FILM TYPE: 120 rollfilm IMAGE SIZE:6x9cm 2¼ x 3¼ inch.
STANDARD LENSES/SHUTTERS: Kodak Doublet
The No.2 camera is a basic box camera using 120 film with a Kodak Doublet lens. As a mostly export-only model these are less common than other Brownie.
No2 Brownie special, this model was probably the last 120-film Brownie box camera to be produced by Kodak in the USA.
One is a 1833 Chicago 1933 anniversary emblem and the other one is an emblem of the Chicago World Fair 1933.
Unknown if this camera is sold at the Chicago World Fair 1933 with those emblems or that they are later pasted. 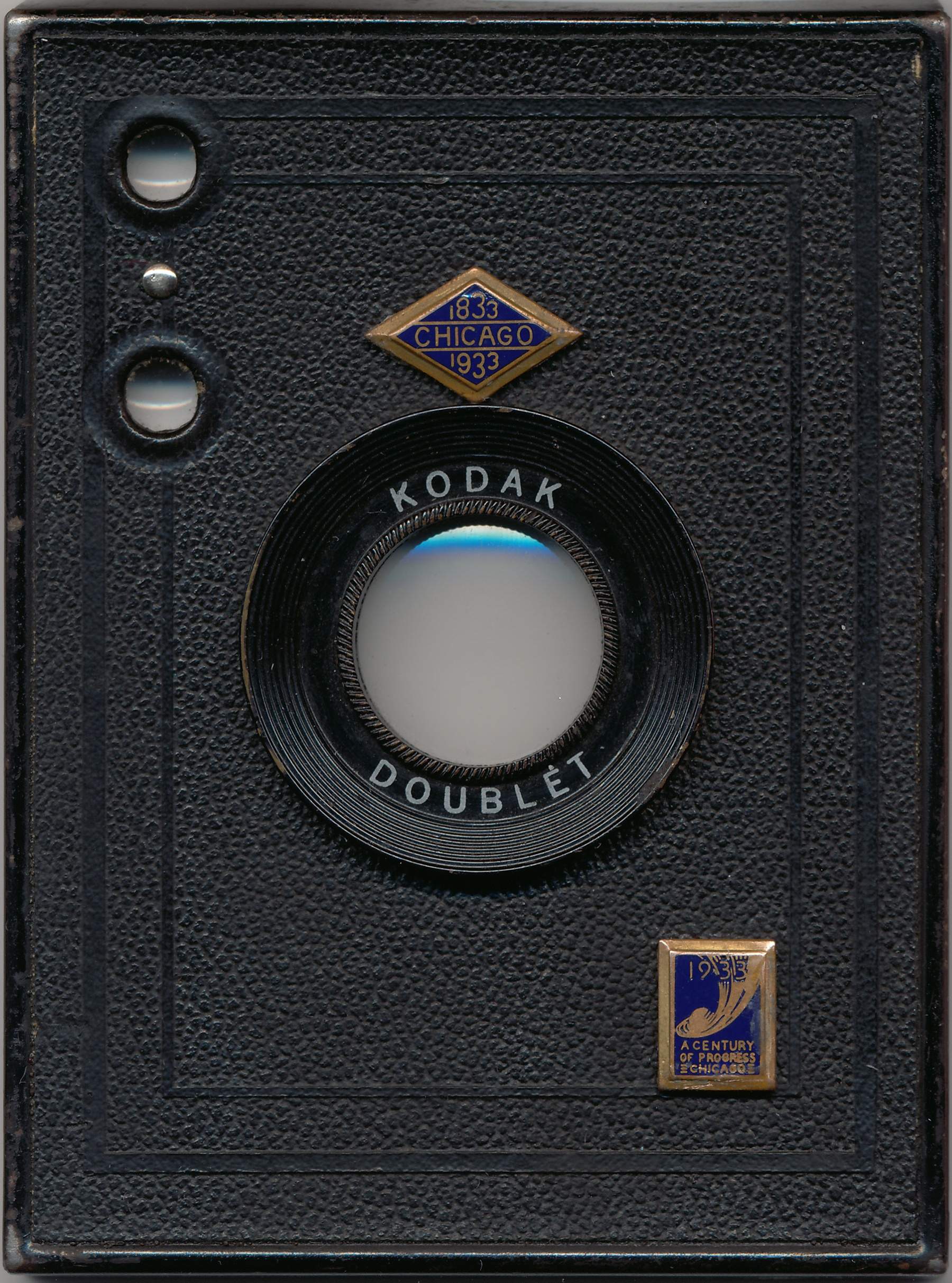 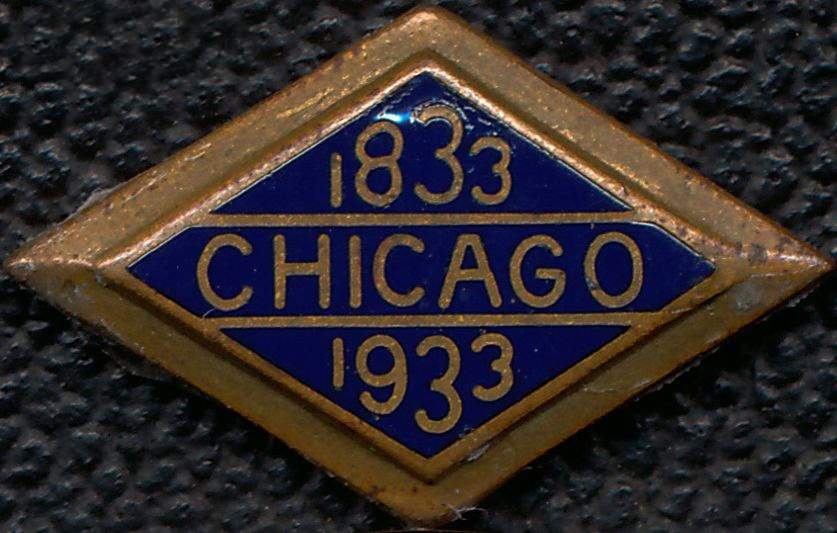 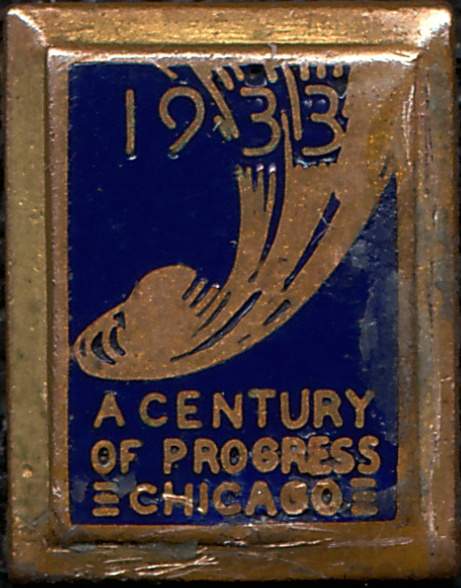 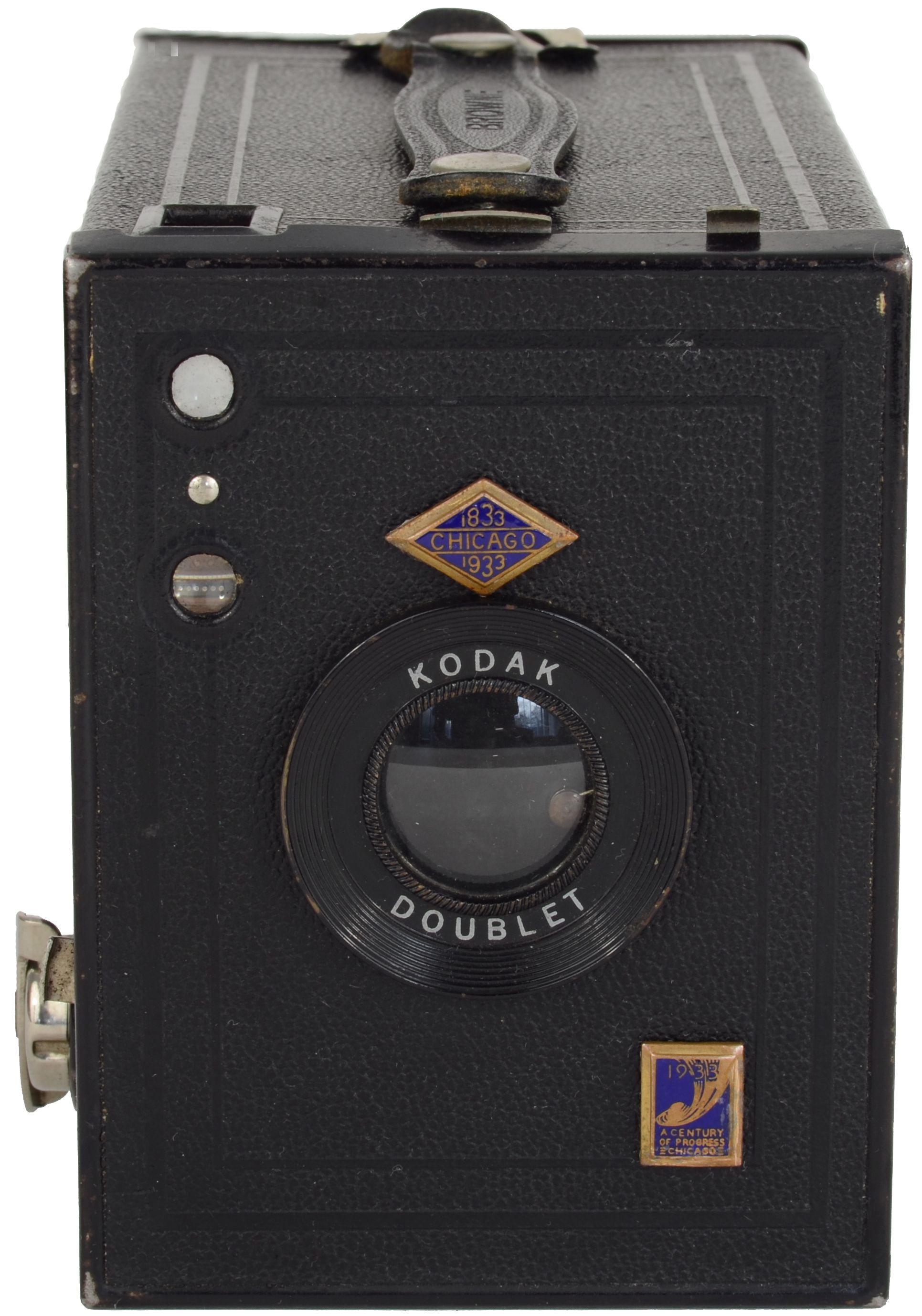