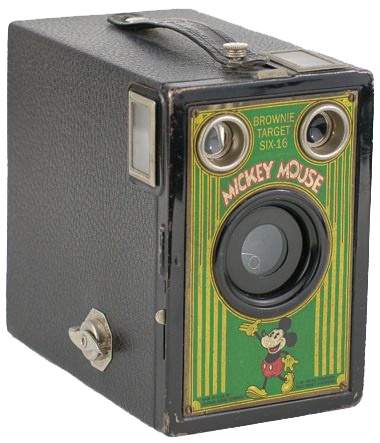 This Mickey Mouse camera in the Remy Steller collection is made of a Six-16 Brownie Junior. The back of the faceplate has the normal Junior design. There was some glue on the faceplate and screw to fasten it, something what is unusable. Existence of the Mickey cameras ware unknown until 1995, when a few showed up. strange is the fact of discovering the camera after 50 years of being hidden, Kodak or Disney have not any records about this camera. Evidence suggests that the cameras were made as prototypes, but not marketed. The project may have started in the late 1930’s, because the Mickey drawing and Disney company name are pre-war. The camera name and design are post-war, two are known to have an original box. Those facts are for me the reason to suppose that the cameras are made from old Brownie Target and Brownie Junior cameras about 1995, why there are different old cameras used to make the Mickey cameras is unknown. This camera, especially the Six-20 Brownie, is showing up more and more on the eBay site, strange is that so many are made only as prototypes

I bought this camera about 10 years ago and luckily, I did not pay too much for it.
For a long time I was unsure whether this type of camera was originally produced by kodak, as I described above, there are several noteworthy features that make me believe that this camera is not original.
Recently there is a new proof that confirms my suspicion, in the ten years that I own this, so-called 70-year-old camera, the red color has disappeared. it seems that the red color of its origin is only visible for about ten years and not 75 years or more.
Strangely enough, there are two different versions of the finish of the front, my camera is recognized by connoisseurs as the most original, the second version with tighter lines and better finish is certainly fake (too). 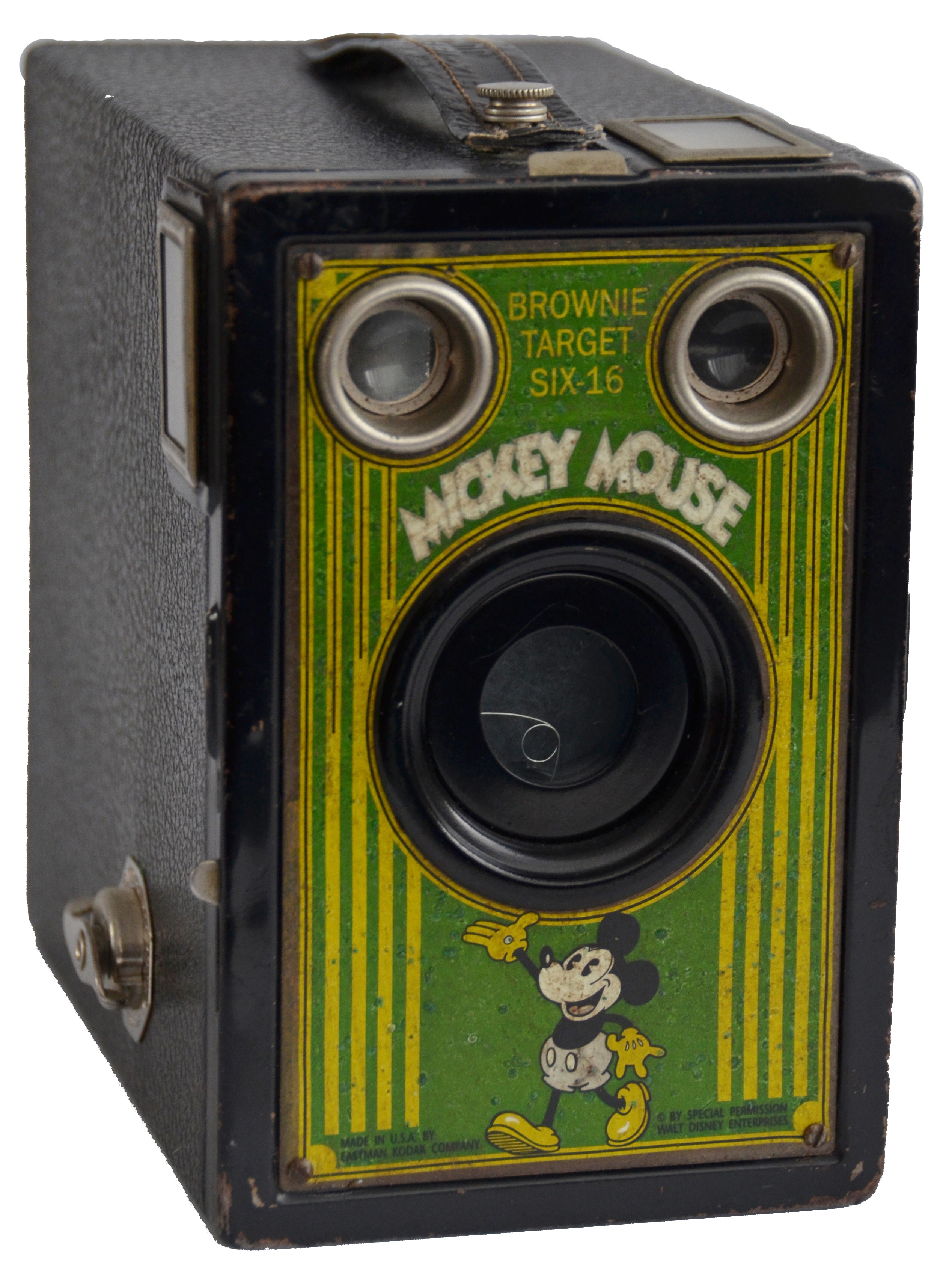 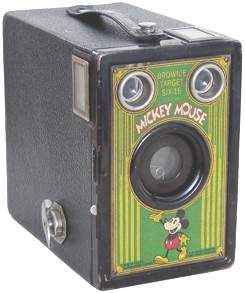 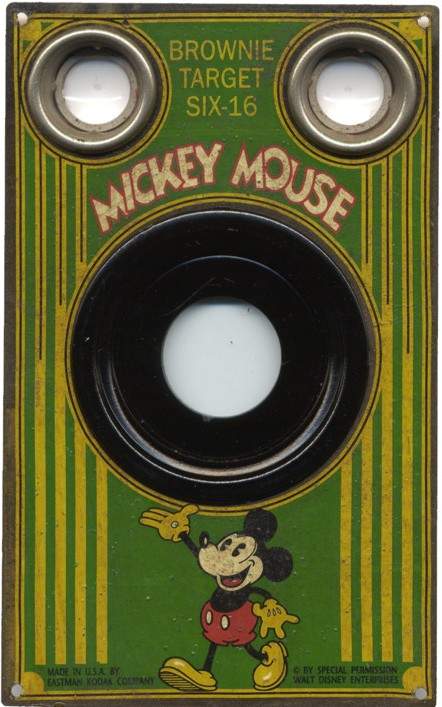 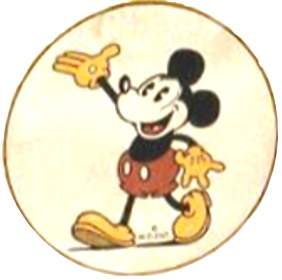 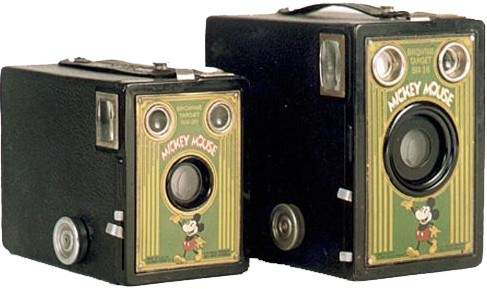