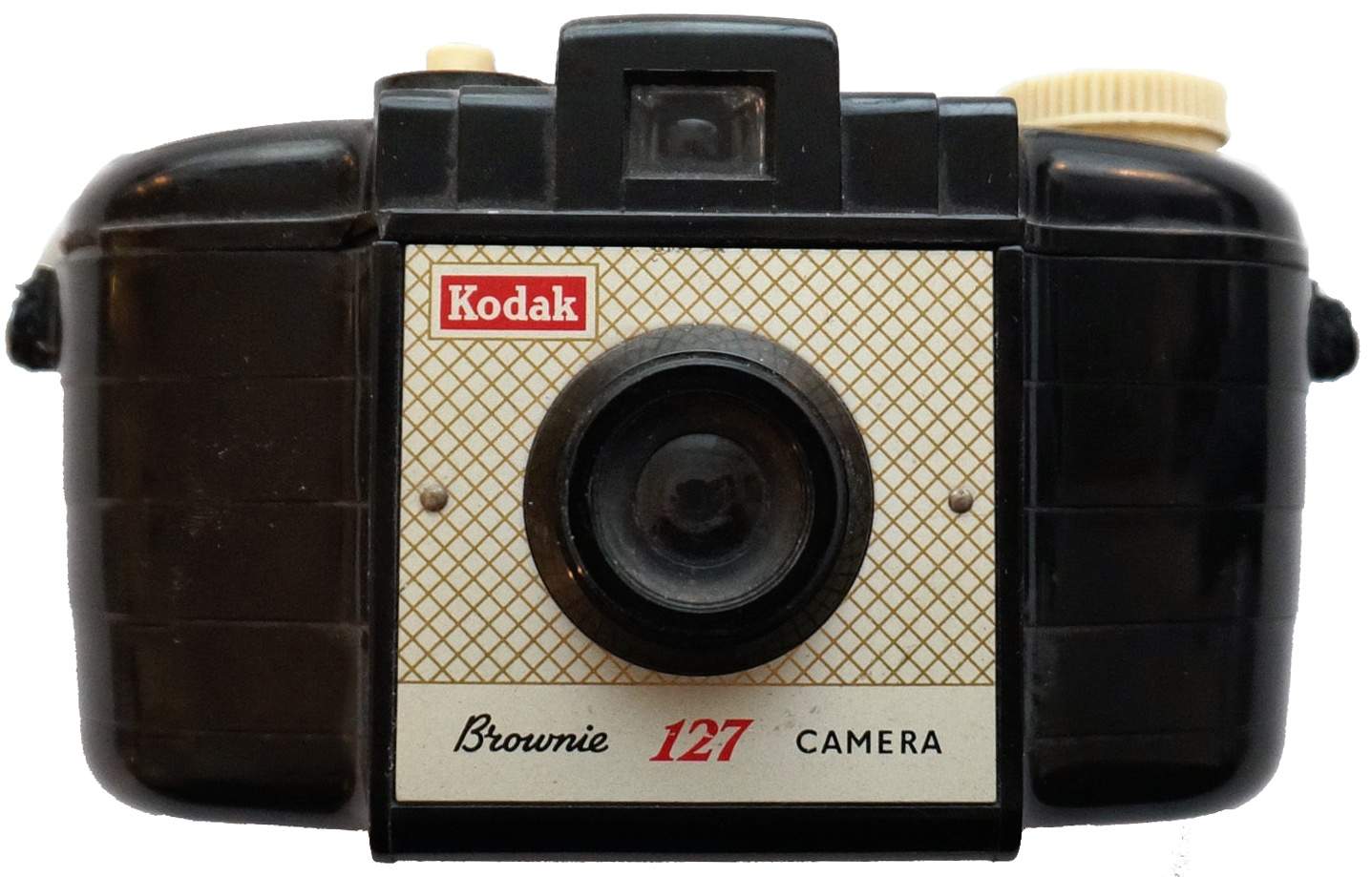 This is, in every respect, the camera for the snapshotter who wants to spend the minimum on equipment; who has no desire to worry about exposures or picture-taking reiinements; who likes his camera always to be at hand when he wants it, but not a piece of troublesome excess baggage between times.

The ‘Brownie’ 127 camera has the virtue of utter simplicity, with its fixed-focus lens, smoothly working press-button shutter release, and all-enclosed eye-level viewfinder which frames the scene with brilliant clarity. No more effort is needed than to point the camera in the right direction and then press the button—yet the resulting snaps are crisp and sparkling, and would be worthy of a much more expensive camera.

The ‘Brownie’ 127 camera is good to look at, with its sleekly modern styling and jet-black finish, and easy to handle, since it is shaped to fit the hand, with the shutter release located just where the right forefinger naturally rests. The strong neckcord enablcs the camera to be slung over the shoulder or round the neck. The ‘Brownie’ 127 camera measures 5½ x 2⅞ x 3 1/16- in. and weighs a mere 7 ounces.
Lens and Mount:
Single meniscus lens, which is always in focus for subjects from five feet away to infinity. Takes ‘Brownie’ 235 Filter or Close-up Lens.

Shutter:
Single-speed, operated by a plastic press-button whose smooth action helps to guard against camera-shake during shooting. 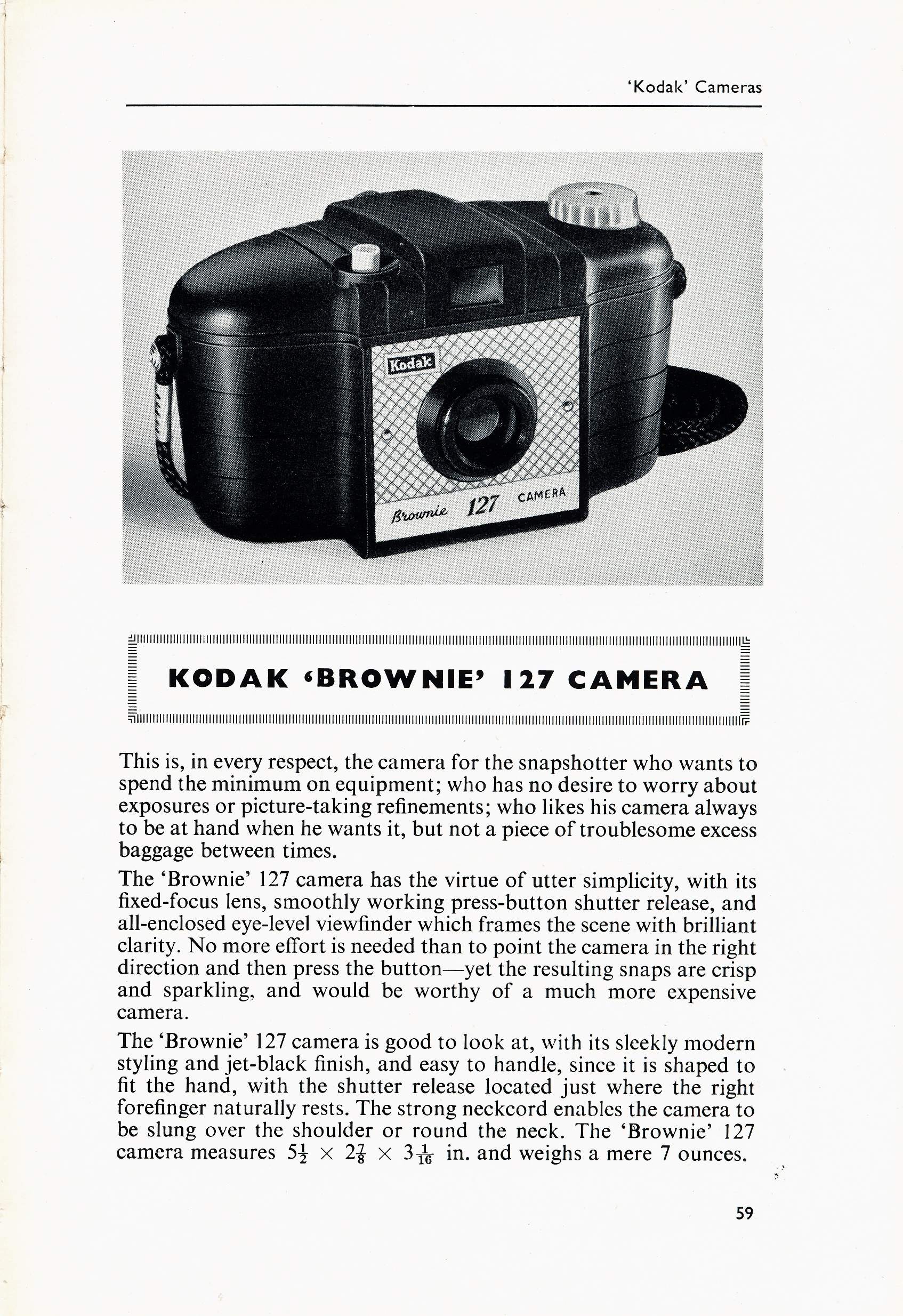 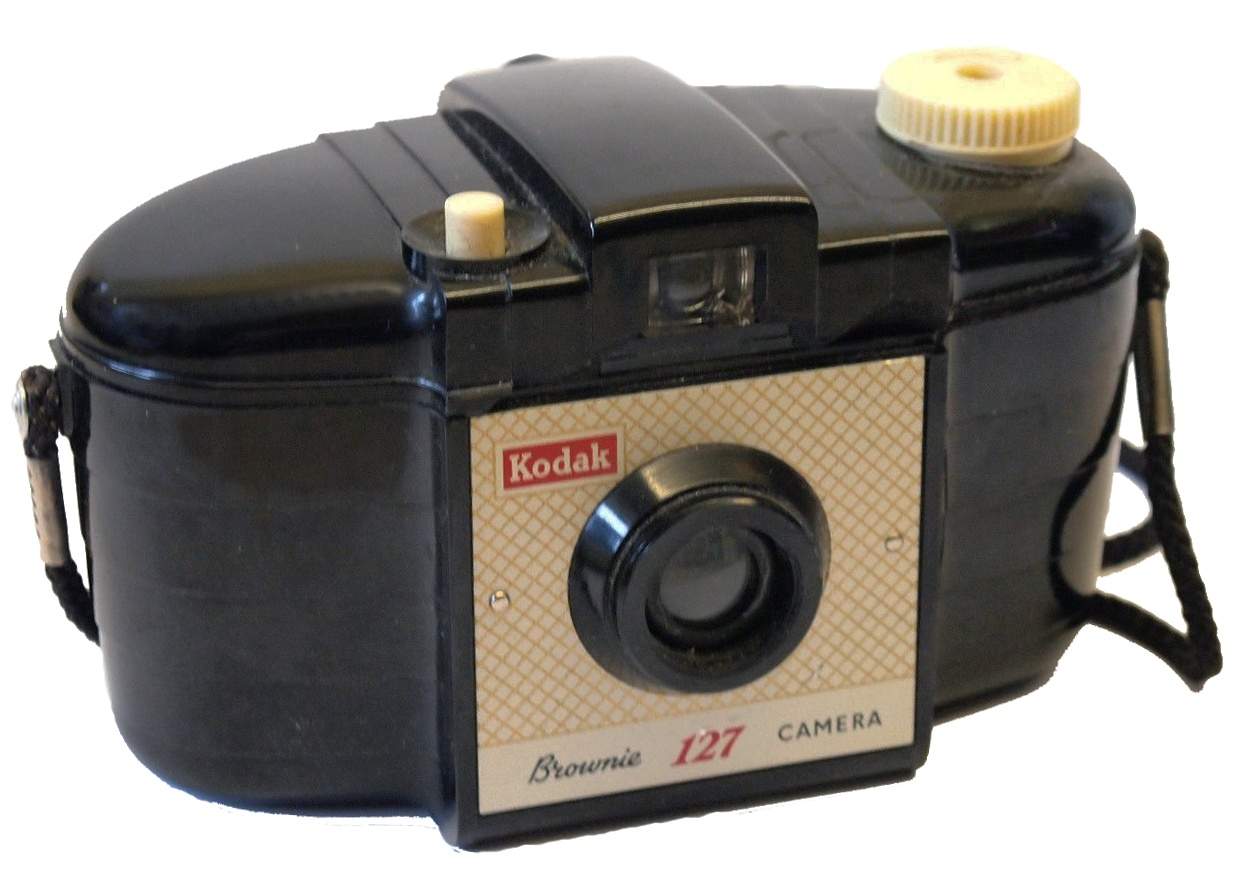