MANUFACTURER CAMERA: Eastman Kodak Company
MANUFACTURER MICKEY MOUSE FRONT: unknown fraudsters
INTRODUCTION DATE: ? (camera unknown until 1995)
FILM TYPE: 620 rollfilm
Brownie Target Six-20 camera with special faceplate depicting Mickey Mouse.
Existence of the Mickey cameras ware unknown until 1995, when a few showed up. strange is the fact of discovering the camera after 50 years of being hidden, Kodak or Disney have not any records about this camera. Evidence suggests that the cameras were made as prototypes, but not marketed. The project may have started in the late 1930’s, because the Mickey drawing and Disney company name are pre-war. The camera name and design are post-war 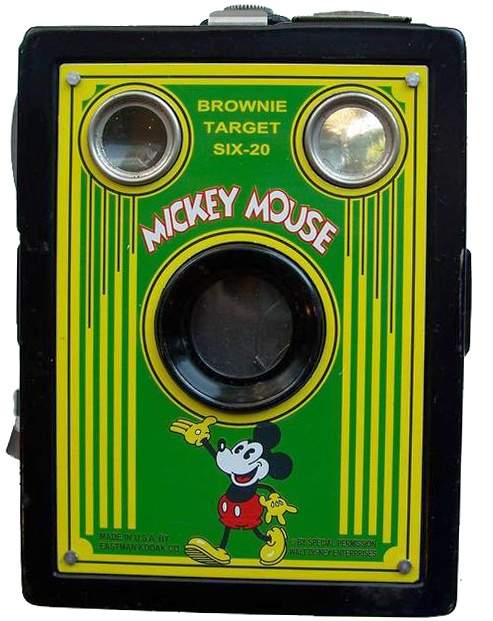